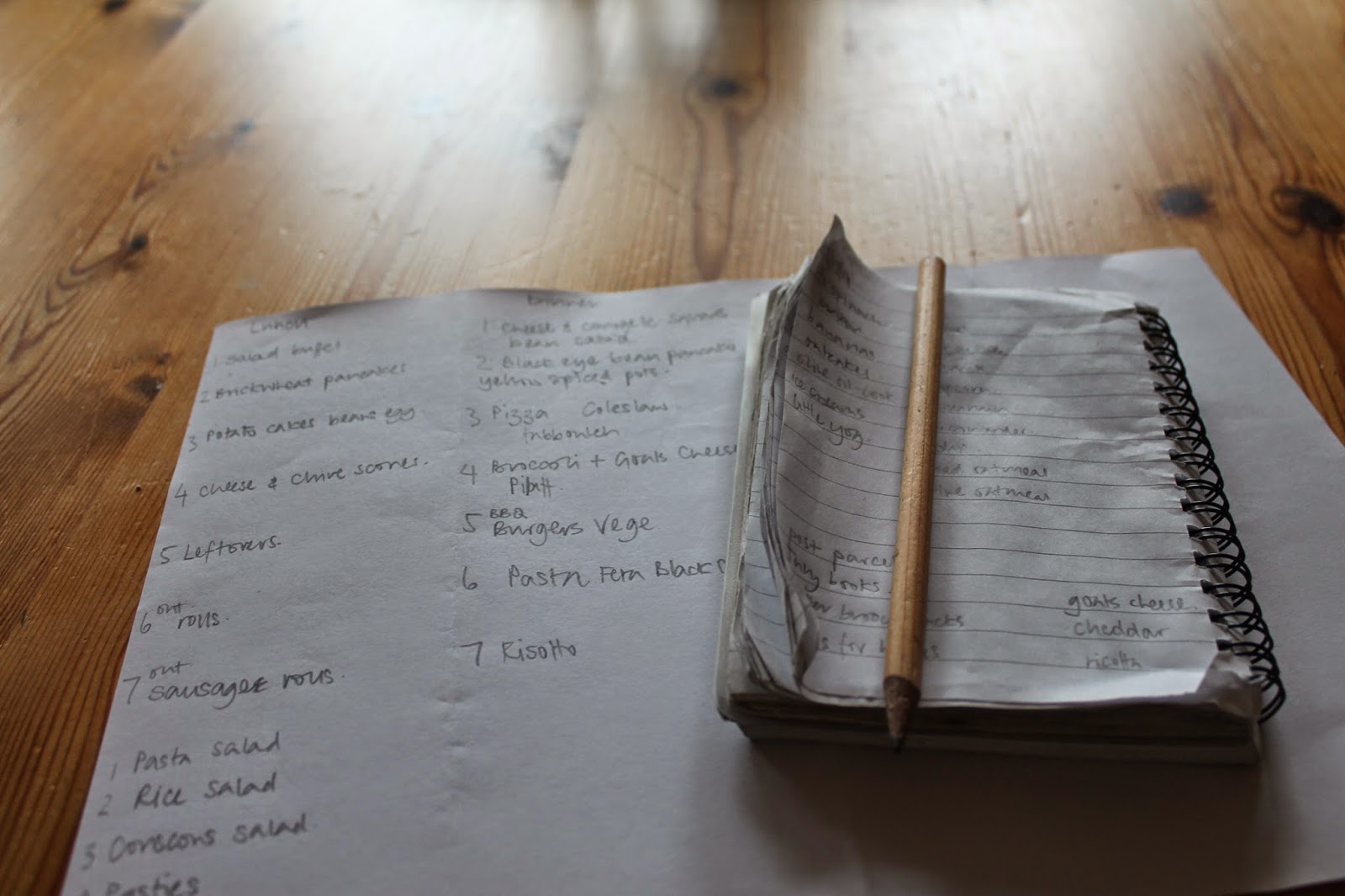 I have had a few conversations with friends recently that have surprised me.  It takes a long time to get to really know someone so I suppose I shouldn't have been, surprised that it is.  But I was, because the information has changed the way I perceive them as people.  I read many blogs but only know a handful of those writers in real life, blogs often provide a snapshot or window into the writers life.  It is easy for the reader to be lulled into thinking that their lives are always that way, full of creativity, celebrations, beautiful homes and wonderful days out.  The mundane, the day to day is often absent, but it is still there in the background swamping us from time to time with their needs, crucial as they are to our existence.

I had one of those swamping moments earlier this week, with so many jobs that needed doing I wrote myself a list.  I used to be a compulsive list writer.  In the days when I was in paid employment I needed them to function and remember the many tasks I needed to do, although they were also depressing as I often crossed a job off the top of the list and wrote another on the bottom.  My list, written this week, was done so in trepidation.  When I became a mother I ceased being a jobs list writer, most of the time the list would bash me round the head with all the undone jobs on it.  I was  sporadic about cleaning and keeping things tidying, doing it when I had moments here and there or when visitors were imminent.  My children are a little older now and Mondays have turned into a morning for the house, a bit of cleaning, tidying and ironing.  This is all works fine until a few Mondays in a row we are not at home, or doing something else and then we go away, return, have a busy week and the house takes on the burgled look.

Last year we took a lot of camping trips, in the space of three months we did five.  Whilst planning these into the diary I failed to remember how long it takes to organise, the week before for preparing, then being away and the week after for putting away.  Three weeks for each trip and the whole of three months disappeared into a camping hole.  We loved each trip but it was too much.  This year I have had one trip in the same period but foolishly filled the time before and after with lots of other stuff so the putting away in particular just didn't happen.  What did happen is more getting stuff out so that my hall resembled a Kim's game, remember that, ha ha!  A kettle, a plastic cup, the remains of days out bags with coats, jumpers, waterproofs, paperwork files some of this in bags some on the floor and underneath it all I found a half emptied veg bag we have delivered each week.

So, I worked my way, not very efficiently through my list.  Hoovering that should be easy to complete but I need to tidy first play the game of moving things from one room to another.  The house is tidy, hoover is out and I am poised to start and my phone starts bleeping.  An alarm to check for an email.  I check the email and get sidetracked with a few blogs.......then the washing machine bleeps it has finished its cycle.  The washing is hung and another load in, back to the hoovering......no wait it is hungry time the children want lunch.  My hoovering did get done and the list was completed but in the future I think I will stick to meal plans and shopping lists and write a note to self to keep diary clear around camping trips......are you a list writer?