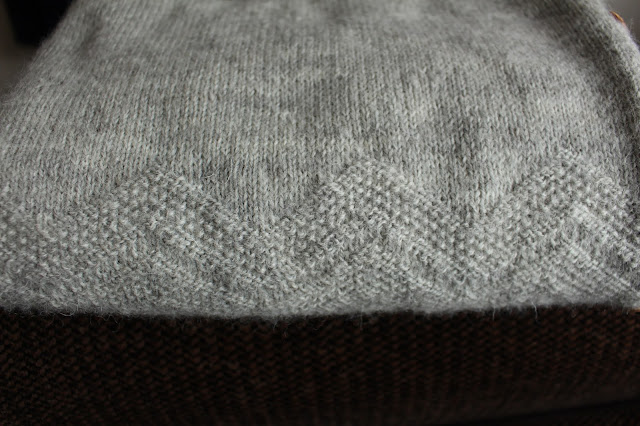 Way back at the beginning of September I shared a peak at the shawl that was off the needles and waiting on buttons.  I had bought the twenty five that were in stock at my local sewing shop and they were going to get some more in, so I could purchase the five that I needed.  When this has happened in the past it has been a couple of weeks, but we are not living in normal times are we, several weeks later and there were still no buttons. 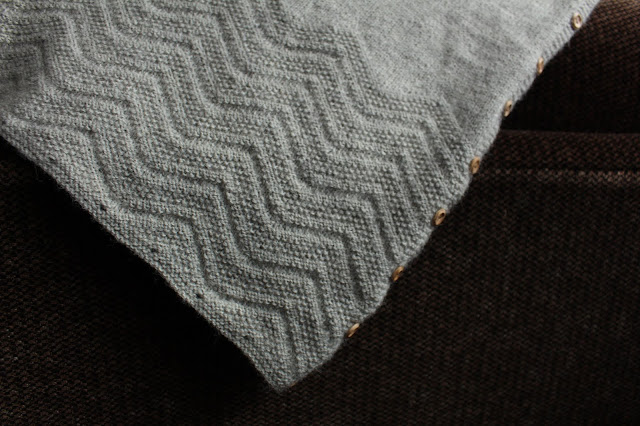 They were having great difficulty getting any more stock, compounded by the fact that most weeks that I went in the staff did not really know what was happening, the owners of the shop were not around on the day I visited for over a month.  When I finally spoke to the owners, a week later she had got hold of some.  She was very worried that they were different and I would not like them. 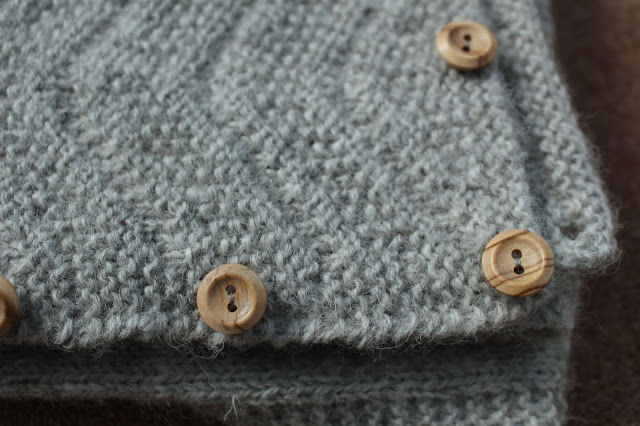 I prefer them to the original ones I bought, which were yellower and not so interesting.  These are slightly stripped and are a much better match to the yarn.  I am told they are made with olive wood, I love that no two are the same.  I had to remove the twenty five that I had already sown on, very carefully so as not to damage the yarn.  At one point I thought I had pulled a hole in the yarn, but I was looking at the buttonhole band not the button band, oops! 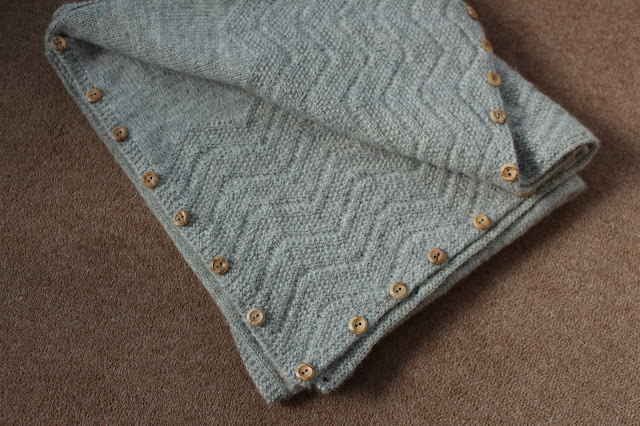 I could of course have bought some buttons online but I like to look at them, feel them and check them for size.  I also love my local sewing shop, it is a treasure trove of fabric and notions, I am so lucky to have such a good shop in my local town.  They also only charged me for the extra five buttons and trusted me to remove and return the twenty five I had previously bought.  I love that I am a valued enough customer that I can do that. 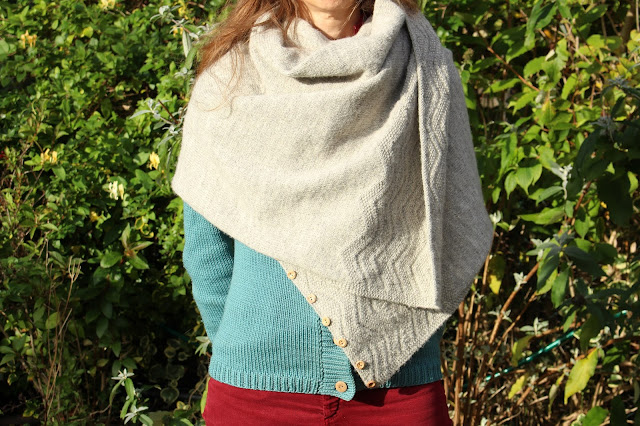 My shawl is slightly longer and narrower than the suggested finished measurements, it is almost long enough to be a blanket at 160cm (63") x 66cm.  I bought the yarn at a local -ish yarn store, it is their own yarn.  Its is wonderfully soft and has the perfect drape for this shawl.  I had quite a bit of it left and have already knit a hat and am now pondering what to knit with the rest. 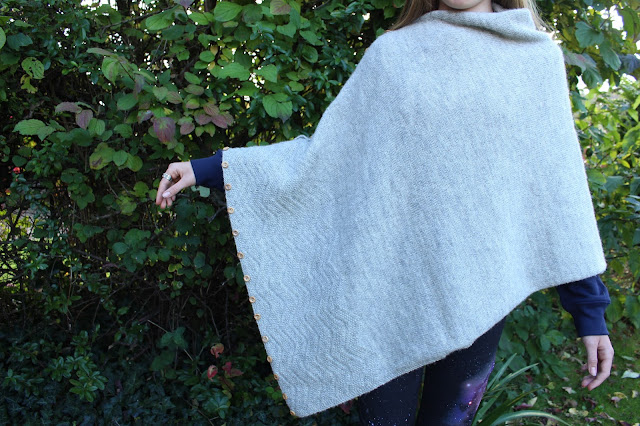 The buttons that I waited so long for are on one of the short sides and halfway down one of the long sides, the other half is button holes.  The other short side also has buttonholes along its length.  There are many ways to wear this shawl, I love buttoning it up and making it into the poncho, I have also been experimenting with draping round my neck, I am sure I will find many other ways to wear it.