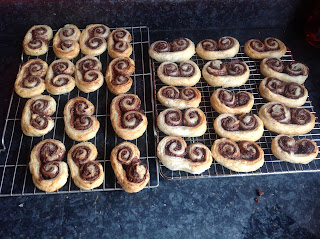 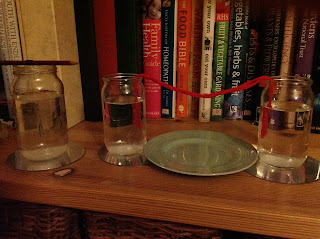 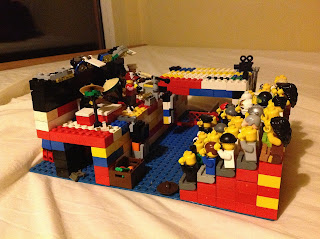 The wheel of the year has turned in a new direction for our family this week.  September marks the change of the season from the warmth of the summer to the gradual cooling of autumn, my favourite season, it has also marked changes for us.

After five years of self employment my husband has returned to being an employee.  The last nine months to a year have been very uncertain for us, our income has been high in some months and non-existent in others, it has made budgeting hard.  We are prudent with our money, we have plenty of savings and no mortgage so we have enough to see us through the lean times.  Planning anything has been difficult our holiday time together has gone reduced to a short break at our parents, volunteering on a scout camp or our annual trip to a music festival.  We did not want to put anything in the diary in case some work came along, I have taken a few trips away with the children but all most of our family time has been spent at home.

I wasn't sure how this changes would effect the children.  My eldest was three when daddy became self employed and I was pregnant with our youngest, neither of them would remember a time when he was out of the house on the same days, at the same time every week.  Every morning this week they have asked where he has gone followed by when he will be back, to them work has involved him being around more than he has been this week.  We have explained to them that work now means something different, that it involves five days of the week the same five days and that the same two days every week daddy will be at home.  It will take time to comprehend what this really means as it is outside their experience and therefore understanding.  I am going to draw up a list which shows what they do in a week and what daddy is doing so that, my eldest at least, has some way of knowing what is happening each day.  We will put it next to the calender we use.

The other change is that my youngest has reached official school age at four years three months and has followed her brother into home education, thankfully this change is not noticeable to them.  My eldest would now be in the second year of this a stage or level within the education establishment, I knew a little about the previous stage and where he was at comparatively, at this level I know nothing and nor am I required to a privilege I am thankful for.

We follow an autonomous route for our learning, the children take ownership of what they learn.  I see myself in a role as a supporter, facilitator, listener, soundboard and many others!  We don't sit and having formal learning time, I don't spend hours writing lesson plans.  I do plan, I research and I learn all the time.  I offer them activities in areas that interest them, I show them activities which would extend their area of interest.  I don't force them to partake in any activity I offer but I have found that if they don't engage immediately they usually come back to at some point that day.  I practice the art of strewing sometimes successfully, sometimes totally wide of the mark.  I have learnt not to take a rebuff personally, just because it interests me does not mean it is of any interest to them, that has been an important lesson to me.

This week I have wanted to return to the rhythm that we have built this year which has been on hold for the past two months what with other activities taking over and to the rhythm that I had started before my husband was around so much.  We are not ones for having a strict routine to our day, breakfast, followed by a then b then d then y with snacks at set times etc.  We are more in to having a rhythm to our week which for the most part has been activities outside the house, what I had started to do some time ago now but it had got lost, was to do certain activities on certain days at home.  Over the last couple of week I have been giving this alot of thought, I have had a big sort through all the books and resources that I have acquired over the last few years.  It will be a steady process of building up to a solid rhythm I don't want to blast through a whole set of major changes in one go especially as they have a big one to contend with, their daddy being out the house so much.

This week I started to build the foundations of a new rhythm.

Monday we baked bread together this took most of the morning and was interspersed, whilst it was rising, with playing with Lego.  After lunch we sat together whilst I read a chapter of a book and some poems on autumn.  We headed  out to a friends house, one we have never visited before, as we had been invited to join their singing group. We stayed for a play afterwards to get to know the children a little better, we have been meeting this family on and off for four years at various groups, but have not spent any time with them outside those groups.

Tuesday we spent some of the morning drawing and colouring. We had a chapter from our book and the same poems before an early, for us, lunch. We headed out on the afternoon to the friends we have been meeting up with for a long time now. This is usually an afternoon of play, sometimes we go and visit places and occasionally organise an activity.

Wednesday we spent the day at home, in the past we have met with a family but they no longer want to make a commitment to every week, they want to see us on a more adhoc basis which we will wait to see how that works. We spent the day doing lots of activities based around numbers, we did lots of sums, played games, counted things. After lunch we read a chapter from our book and then the children played shops. They spent ages creating them including lots of signs some of which I wrote for them. We got the money jar out and they used the coins in there, 1p,2p,5p,10p and 20p in their shops. None of the activity was planned it all evolved out of their interests and questions. Whilst they were playing shops I made some of these

Thursday we spent the children spent the morning playing whilst I sat planning our meals for the following seven days and a shopping list of the ingredients we needed. We read lots of books, stories and poems about autumn and another chapter from our book before having lunch. We headed into town to do the shopping and to meet a couple of families for a swim. Sadly the pool was closed, we are hoping that was a one off, so we headed to the park for a short play. We hope to swim every week, providing the pool is open!

Friday we also spent at home this week. We sometimes join a local home ed group if the activity is one we want to engage in, but it was not for us this week. Instead we did some science experiments including weighing air using balloons, testing out air pressure, watching hot water rise and we have set up two crystal growing trials. We also played lots of board games, read a chapter of our book and some more poems, rode bikes, practiced knots, competed jigsaws, watched a Maisy DVD in French and the children built a Lego concert.

As the weeks go on I hope that on a Monday we bake bread and do some other cooking/baking and the singing group. On Tuesday we find lots of interesting crafts to do together and get together with our friends. On Wednesday I plan to have a day out sometimes or at home doing perhaps more maths, I had not planned any activity for this day so I will think on this some more. On Thursday I hope to continue as we did this week. Lastly Fridays I am thinking we will join in with the home ed group or do an activity outside. None of this is set in stone I will swop things around and change things as we see fit, that for me is the wonderful nature of home edding it is a journey which you can decide the route as you go along.
Labels: baking, home education, homemade bread, nutella palmiers, strewing