Some of my earliest memories are wrapped up in gardens.  The garden of my childhood was a large one with trees for climbing, dens behind old fence panels, a concrete half buried Anderson shelter which was often knee deep in water, it was also a garden of produce, veggies, a homemade cold frame fashioned with old bricks and window frames and fruit, apples picked from the tree as an after school snack. My grandparents had productive gardens, a wigwam of runner beans covered in red flowers, a pot of parsley by the pack door always full like a green hairy head for the pot, picking or digging up the veg for a family Sunday lunch.  One of my aunts living in North London had a long thin garden full of produce.  When I left home I always wanted a garden of my own.

My wish came true, eventually, and the small patch of land I call home has been turned from a patch of grass to a more edible (to humans) one.  It will never make us self sufficient there is not the room to do that and coupled with frosts as late as May and as early as October it would be tough to make it a reality without several polytunnels.  There are often a couple of weeks of the year when all the vegetables we eat are taken from our garden.  This last week has been one of them.

I am a menu planner.  Each week I get an email detailing the contents of a veg bag we have delivered to the house which is how we buy our veg.  I use the contents of the bag to plan my menu and shop for the specific ingredients I need to make the meals I have planned.  I don't plan our meals for specific days but obviously as the week goes on there are less meals left on my list.  This week my plan was based on my own veggies and those I had in the fridge, leftovers from a recent scout camp. 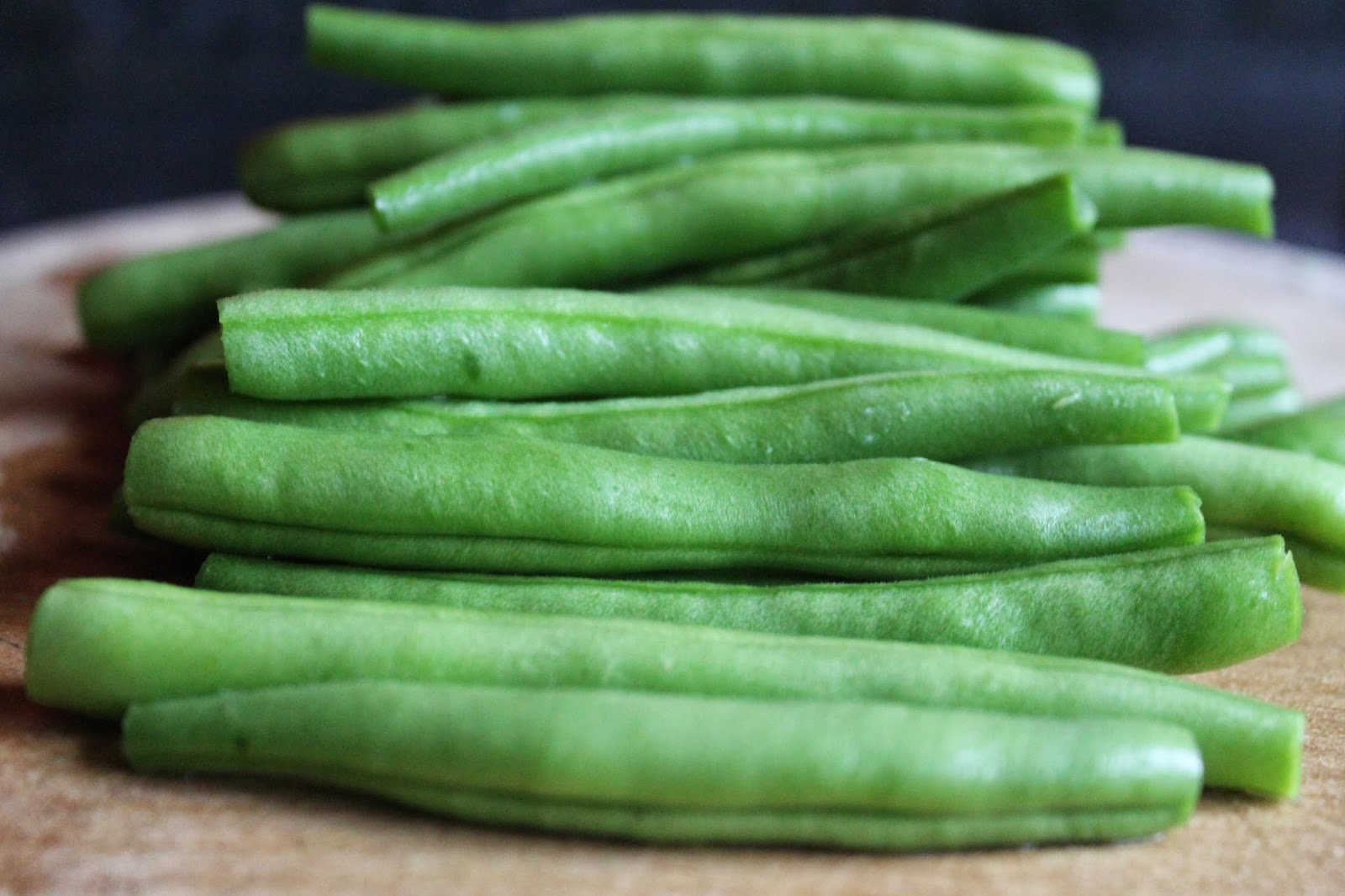 It never ceases to amaze me how one year you can grow something successfully and the next it will either fail or produce little.  I love french beans and usually grow dwarf varieties, some years they have bought a whole new dimension to the definition of dwarf and barely produce a meals worth.  This year they have been, excuse the pun, highly productive and we have been picking them for weeks.  This week I cooked them in a Bengali style, and with a potato dish of yellow spiced potatoes, dahl, rice and naan made a delicious meal.  We have also eaten our potatoes with a quiche and a Lentil Salad.

We live in one of the wettest parts of England, our annual rainfall is over a metre of rain.  We have had very little rain in the last two months and coupled with high temperatures the garden needed constant watering.  The rain has finally arrived but sadly it has bought with it much cooler temperatures dropping to below 10°C overnight.  The courgettes which have been doing so well seemed to have stopped growing.  I had planned on two meals based on the number that were on my plants, but best laid plans.......we did manage one meal a simple pasta sauce with slow cooked onion and garlic, chopped courgettes and grated parmesan cooked on an open fire by the side of a local lake on the only dry evening of the week. 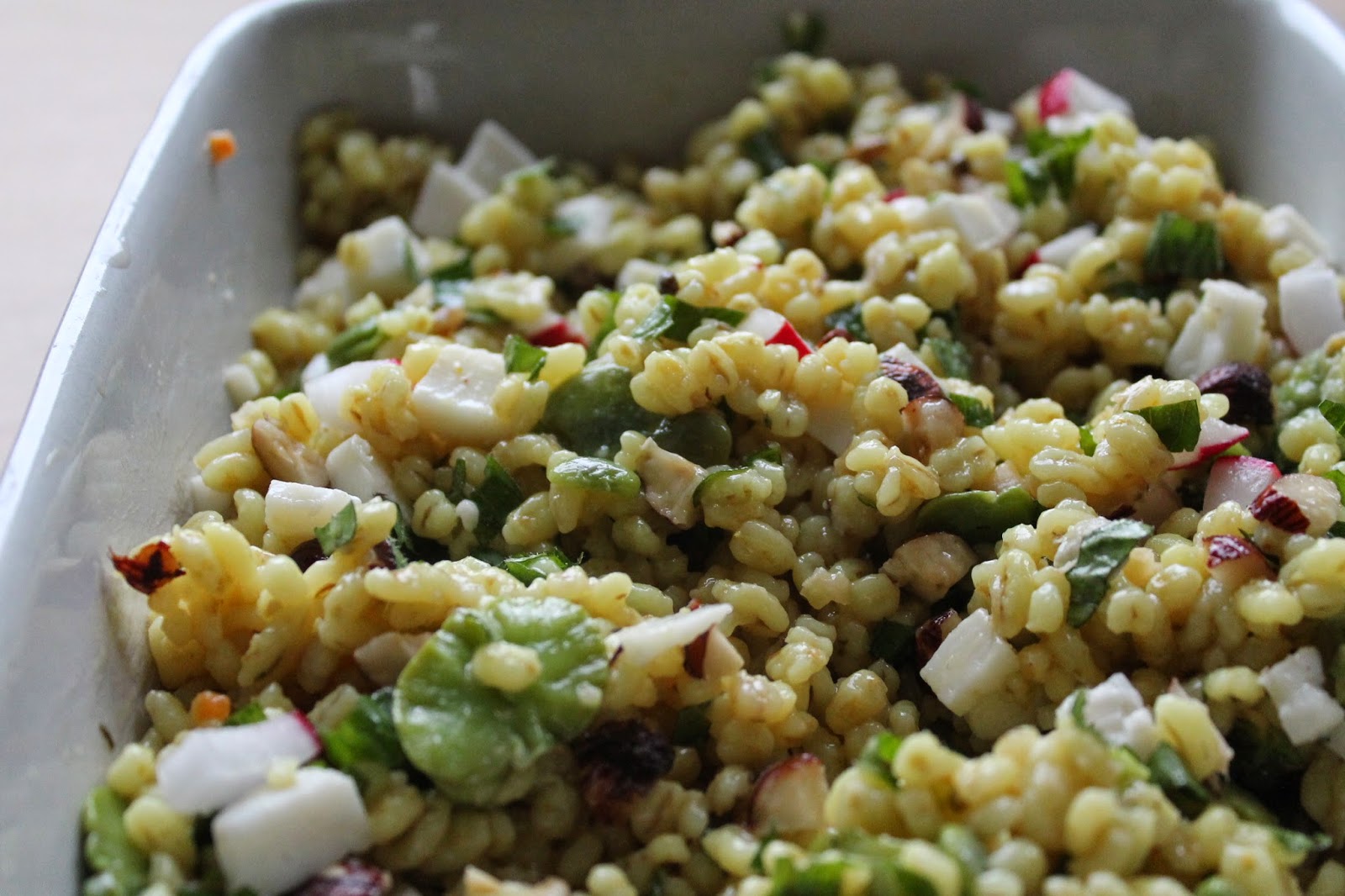 I tried growing broad beans this year for the first time, my father in law always grew them and told me they were easy to grow, we usually get ours from a local pick your own most of which I freeze to eat over the following months.  They are easy to grow, well this year they have been, and like the french beans we have had several meals from our plants. I have made several different salads with them and a delicious pâté.  This week I tried a new salad recipe, one with an interesting list of ingredients, which I wasn't entirely convinced would taste good together but I was proved wrong.  We didn't have many beans by the time I made it, darn that cooler weather, so I reduced the quantities but it was delicious. 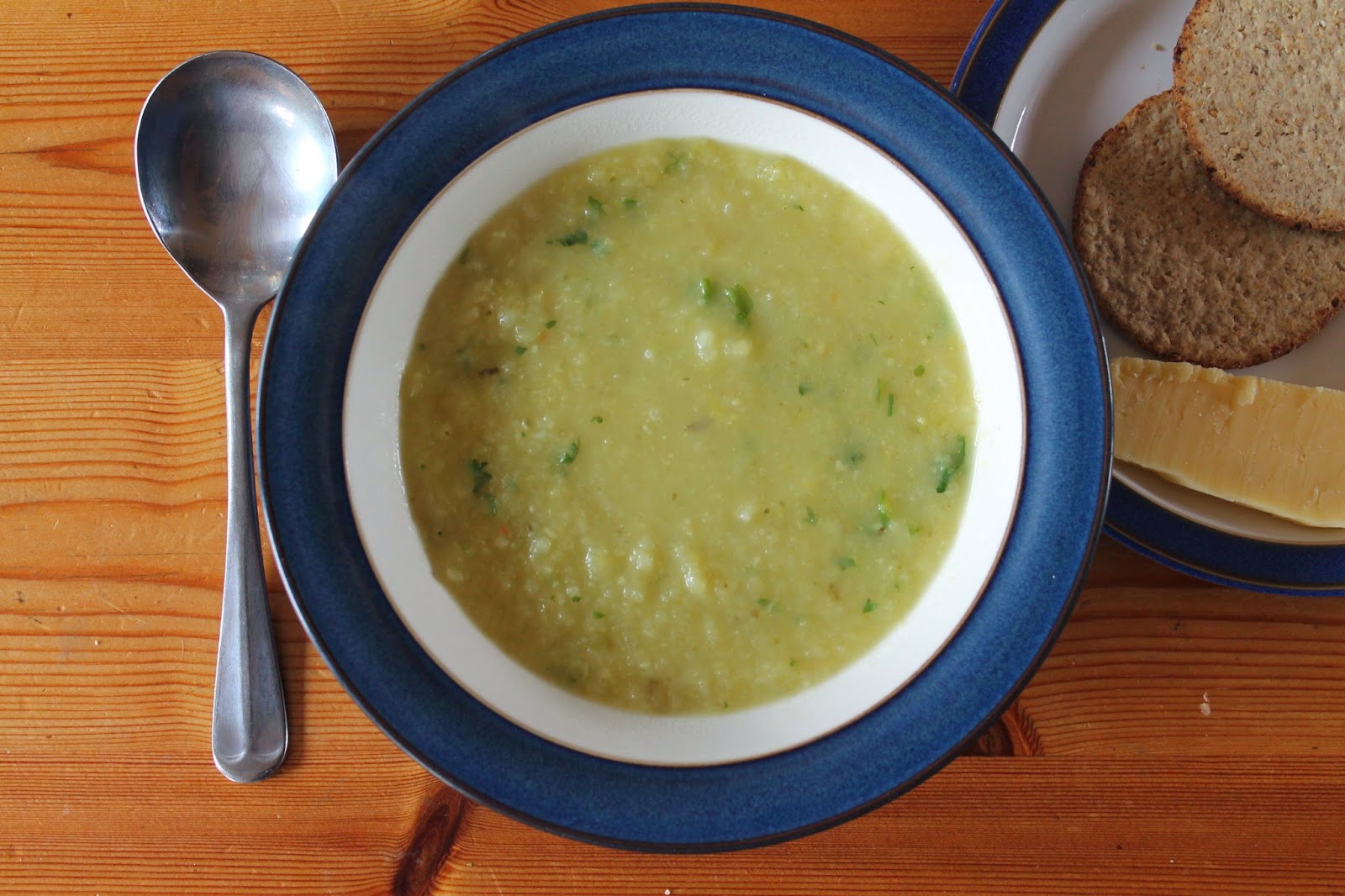 The cooler weather means that I have added soup back to our lunches.  I had some lettuces that I bought back from scout camp.  They were rather past it to be honest and most people would have probably thrown them in the compost days ago.  But I cut off the worst bits and was left with a rather sad small pile, another raid on the fridge and I found a small piece of cabbage so that went in too.  So it was cabbage and lettuce soup loosely based on this recipe.  The children were a bit non plussed, I thought it tasted great.

So that has been my week in the kitchen, next week I am hoping that the garden carries on producing enough to make a stir fry, some courgette fritters, a bean salad, pasta alla genovese, cucumber soup and lots more leafy salads.